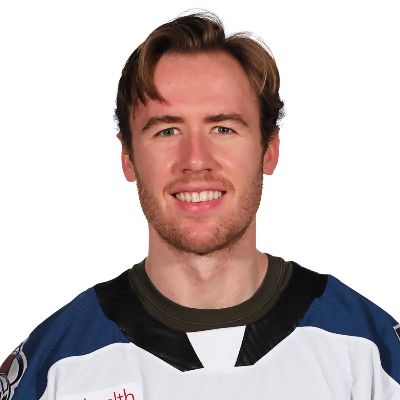 Callahan Burke was born on March 19, 1997 in Boxborough, MA. He played his youth hockey in the Massachusetts area coached by his Dad Garrett, former player at the University of Massachusetts- Lowell. Cal was a standout player for the Cedar Rapids RoughRiders in the USHL before accepting a scholarship to the University of Notre Dame. Cal was a steady player for the Fighting Irish, playing in all situations over his four years.  Cal was eventually was named Captain of the Fighting Irish his Senior year in 2019-20. After graduating from Notre Dame, Cal was pursued by numerous AHL organizations and ultimately signed with the Colorado Eagles. Midway through the 2021-22 season, the Colorado Avalanche signed Cal to his first NHL contract.