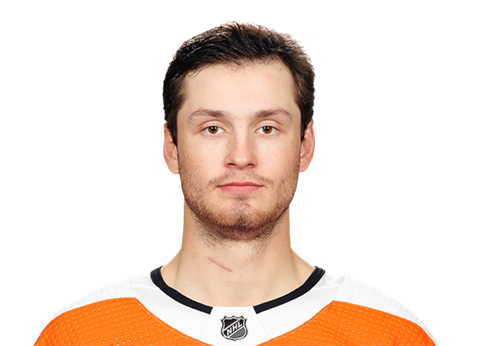 Joel grew up playing hockey in central New York and went on to join the US National Development Team Program before committing to play for Boston University of the NCAA’s Hockey East. He played one season for Boston University where he led his team in goals and points. As a result, Joel was awarded the Tim Taylor Award as college hockey’s Rookie of the Year as well as winning Hockey East’s Rookie of the Year and being named to the Hockey East All-Rookie Team. In 2018, the Flyers selected Joel in the first round of the NHL Entry Draft. He signed an Entry-Level contract with the Flyers in 2019 following his college hockey season. Joel made his NHL debut on October 21, 2019, and four days later recorded his first NHL point in a game against the Chicago Blackhawks. In his next two seasons, Joel finished in the top 5 of Flyers scoring. This earned him a 6-year $30 million extension, which he signed with the Flyers on September 2, 2021.